September has been quite a month. We’ve experienced huge swings in emotions, from elation to great sadness. Earlier this year, we concluded a national search for a great principal for our newest school in Indianapolis–GEO Next Generation High School. Jeffrey Carter (upper right) was chosen and he moved to Indy from Dallas to take the job. The 38-year-old had just completed his masters at SMU and he realized his lifelong dream of becoming a principal. He always wanted to help students who look like him and come from similar circumstances. That was his “why.”

He helped to nearly double our enrollment and doubled the number of students taking real college courses. Then, tragically, he got sick. He passed on September 9. We celebrated his life September 25 in St. Louis with his family and friends. He was a great guy. Indeed, a needle in the haystack. He will be and is sorely missed.

What’s hard is not only his passing, but the reality that life goes on. And, indeed it does. And it moves fast!

Yesterday, I was in Gary visiting our schools and met Khaya and his Mom and Dad (pictured above left). Khaya chose to enroll in our school this year after looking at many other schools. He has already earned 13 college credits on his own at an Illinois community college. His Mom had been looking for a school who could serve her exceptional child. He’s always been advanced. He was reading at 15 months old. He could tell you all the presidents and all the states at 4. He is fluent in Chinese. And, he has two black belts. He’s 12.

Khaya chose our school because other schools wouldn’t teach him at his level. He’s 12. Traditional schools would place him in 6th grade. But this semester, he is taking 19 college credits at Ivy Tech and getting support from our 21st Century Charter High School staff. He’s loving it and thriving. He loves the support he receives from our staff and being able to be with other students (ours) taking college level classes, even if they are a bit older than he is. He wants to study biology and go to med school. He’s on track to earn a full associate degree and bachelor’s while in our high school. How about that?

Below, are pictures of two of my favorite 21C families. On the left, Mrs. Canady is pictured with her husband and three of their children. Nyesha is a 2014 graduate of ours. She earned a full associate degree while with us. Went on to earn a full bachelor’s in 2016 and has earned a master’s and is working on her second. She’s also a math teacher for us now. D’Nesha also earned a full associate degree with us, went on to complete her bachelor’s and is also working on her master’s. She’s a high school counselor for us now. Antonio earned his associate degree, too. He’s now a senior at Indiana University. Mrs. Canady used to drive our bus. She earned her associate with Nyesha, earned her bachelor’s and is now working to earn a full master’s. She’s now our Director of College and Career Services. Awesome family!

Last, but not least, is Larry Upshaw and his two boys (pictured below right). Larry is our Dean and Head Basketball Coach. Jaron is in 8th grade. Jorden is in 10th grade. Both have qualified to start taking college classes. So cool!

So you can see, September has been full of emotions. Sadness for the loss of Mr. Carter. Happiness for the aspirations, dreams and accomplishments of so many of our families.

A school is not just about academics. We are growing a family. All the lives we touch have so much meaning and to be honest, I never knew I would be part of so many incredible lives. It’s truly an honor to serve alongside so many great educators and to get to know so many great families and students. The joys are pretty high up there. The sorrows are pretty hard to take. But we persevere and push on.

Thank you for your friendship. I wish you all the best! 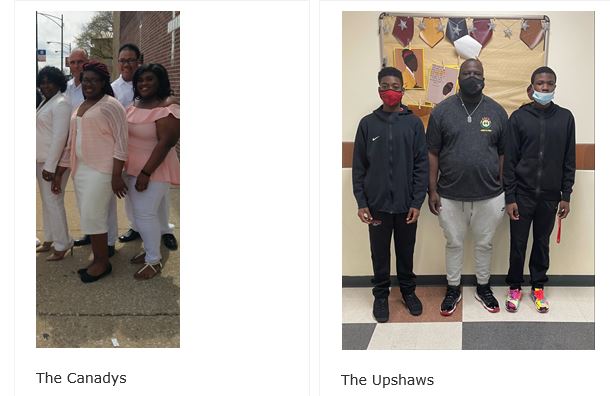